With
by Philip Coppens & Sam Osmanagic 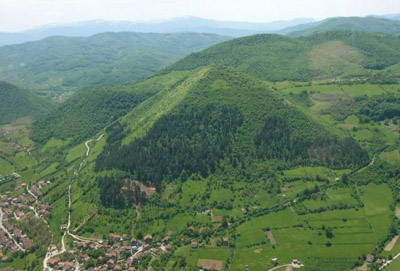 In 2006, the world of history and archaeology were shaken to its core, when Sam Osmanagic announced the discovery of the largest and oldest pyramids in the world, in the town of Visoko, just outside of Sarajevo.

Since then, the project has become the largest archaeological excavation in the world, supported by hundreds and visited by thousands of people each year, who come here to witness and explore progress in a new chapter of history that is actively being written.

But there is far more to Bosnia than “just” the pyramids – which is why this tour takes in the best Bosnia has to offer. ITINERARY Wednesday, September 5: Arrival in Sarajevo and transfer to Visoko

Today, you arrive in Sarajevo, the Bosnian capital. Upon arrival, you will be transferred to Visoko, the conference base and your accommodations. You will have time to relax or explore the town of Visoko before a welcome dinner. Overnight in Visoko. 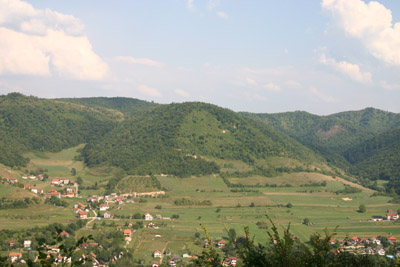 Thursday, September 6: Visoko & The Bosnian Pyramids We begin our exploration of the Bosnian Pyramid complex with a visit to The Pyramid of the Sun, the largest pyramid so far discovered on the planet and dominating the skyline over the town. After lunch, we explore the nearby Underground Labyrinth of “Ravne”, where mining experts have been restoring an underground tunnel complex that makes its way into the pyramid. Overnight in Visoko.

The Bosnian Pyramid of the Moon sits just outside Visoko and is one of the most enigmatic sites in the world. Nearby are the Underground “KTK” Tunnels, located on the terrain of the KTK factories, right next to the river and once part of an extensive tunnel complex that connected the various pyramids, but which has partially collapsed or has been filled in. Finally, we explore the Vratnica Tumulus, an enigmatic structure near Visoko. Overnight in Visoko.

Transfer to Sarajevo. Today, you will be a special guest at the Hidden History Conference in Sarajevo, with speakers such as Philip Coppens, Klaus Dona, Michael Tellinger and Sam Osmanagic. Overnight in Sarajevo.

Sunday, September 9: The Stone Spheres of Zavidovici Today, we leave Sarajevo for a full day excursion to the small village of Zavidovici, where a valley is scattered with man-made perfectly spherical stone balls. Only in Costa Rica have similar stone spheres been found. Overnight in Sarajevo.

Monday, September 10: Sarajevo We explore the wonders of Sarajevo, one of the most colorful and historical capitals of Europe. In the morning, there is an optional walking tour to take in some of the sights of Sarajevo, like the Gazi Husrev-Bey’s Mosque, the Old Orthodox Church, the Roman Catholic Cathedral, the Jewish Museum, Latinski Bridge, etc.

At 3pm, we will take the ‘Times of Misfortune’ minibus tour of Sarajevo. This three hour drive explains life during the siege of Sarajevo, which occurred from 1992 to 1995.

You will also have free time to shop and explore the capital on your own. At night, there will be a group dinner at the Park Princeva Restaurant, overlooking the city of Sarajevo. Overnight in Sarajevo. Tuesday, September 11: Mostar We have an early morning start for the 3 hour drive that takes us to Mostar, one of the most magical towns of Bosnia, where we will see the exquisite Stari Most Bridge, built to symbolize unity, now beautifully re-constructed after its destruction in 1993.

After lunch, we have a one hour drive to Blagaj, to the Tekija at the source of the river Buna, which surges from the source cave mouth. Afterwards, we return to Mostar. Overnight in Mostar.

Wednesday, September 12: The Shrine of Medjugorge After breakfast, we make the one hour drive to Medugorje, a famous shrine for Roman Catholic pilgrimages since 1981, when six teenagers saw a series of apparitions here.

After lunch, we drive to Radmilje, to view the unique tomb stones, with their extraordinary symbols associated with the ‘heretical’ Bosnian church, which was linked with the Cathars of medieval France. Overnight in Mostar. Thursday, September 13: Srebrenica We make a four hour drive to Srebrenica (Silver Town) to visit the very moving Memorial Centre at Potocari, built to honor the 8,000 men and boy victims of the 1995 genocide. Srebrenica used to be a beautiful spa town, known for its healing waters, while silver was mined here since Roman times. In the evening, we have a celebratory ‘last night’ supper at Hotel Misirlje. Overnight Srebrenica.

Philip Coppens Author, investigative journalist and television personality, Philip has written many articles and non-fiction books, including bestselling works on Lost Civilizations and the vast spiritual wealth these cultures left behind.

Philip is best known as an expert commentator on the History Channel’s hugely popular hit series Ancient Aliens which is now in its fourth season. He was amongst the first to report on the Bosnian Pyramids back in 2007 and has studied the site and its exploration since. He was a prominent participant in the First International Scientific Conference on the Bosnian Pyramids, held in August 2008.

Sam Osmanagic Dr Sam Osmanagic founded the non-profit organization that is currently in charge of the exploration of the Bosnian Pyramid Complex. Since 2007, he has lectured around the world, as well as visiting pyramid complexes as diverse as China, Mauritius, Egypt, the Canary Islands, Mexico and Peru.

He has been admitted to the Russian Academy of Natural Sciences and is a professor at the American University in Bosnia, as well as a member of the Archaeological Society of Alexandria, Egypt. PRICE DETAILS One person sharing a double occupancy room: $ 1995

– travel, transfers and excursions, including entrance fees where applicable;

Second installment: $ 745 on August 1, 2012 Write to for further information or reservation. TERMS & CONDITIONS We act only in the capacity as an agent for the passengers in all matters connected with lodging accommodations, sight-seeing tours and land transportation in Bosnia-Herzegovina and shall not be responsible or liable for any injury, loss, theft, accident, health impairment, delay, irregularity or incident resulting from strikes, weather, fuel outages, government regulations or Acts of God. Nor shall they be responsible for any act or omission of any individual or organization providing the transportation, services or accommodations in connection with this journey, nor any delay or expense incurred due to disruption or revision of schedules, not for any cause beyond its control.

We retain the right to withdraw a tour or decline to accept any person as a member of the tour or make changes in the published itinerary whenever in sole judgment of conditions warrant or if they deem it necessary for the comfort, convenience or safety of the passengers.

We are not responsible for any physical, emotional reaction or trauma or ailment, during the tour or occurring after the tour.

Seeking Clarity? Ask about whatever you want with our Free Rune Readings!

Search Eye of The Psychic

Moon is traveling through Pisces today. You may feel disconnected. Serve others. Listen to music. Paint a picture. Daydream.